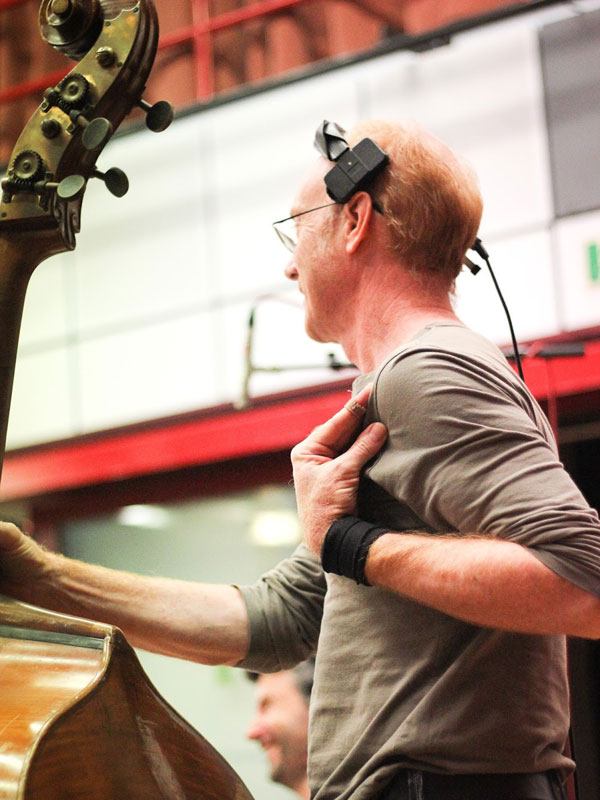 Jub’s career has encompassed an extraordinarily wide range of musical styles. When he started out as a professional musician, he co-founded the radical and dynamic Kreisler String Orchestra, winner of the 1986 Jeunesses Musicales Competition in Belgrade. He went on to play with the English National Opera, the London Contemporary Dance Theatre, the London Mozart Players, the London Chamber Orchestra and the Bristol Ensemble as well as performing and recording with the Adderbury Ensemble. He is equally at home in less conventional settings, whether it’s working in avant garde theatre with Station House Opera, playing with cutting edge dance troupe the Hofesh Schechter Company, or taking the stage as a member of Indie pop group The Band of Holy Joy. Jub is also a founding member of the Carnival Band, who have recorded and toured extensively with English folk diva Maddy Prior and have a history spanning two-and-a-half decades of playing together.

Jub has worked with many notable artists, including Youssou N’Dour, Tanita Tikaram, Abdullah Ibrahim, Brian Eno, Sting, Joss Pook, DJ Krust, Zero 7, the Brodsky Quartet and the Duke String Quartets. His film and TV recordings have included the sound track for David Attenborough’s BBC television series “Life in Cold Blood”, Franny Armstrong’s eco pic “The Age of Stupid” and Andrew Piddington’s “The Killing of John Lennon”. Collaborations have included performing with Roni Size and Reprazent, and David Darling and the Wulu Bunun Aboriginal Singers from Taiwan. He’s also formed his own trio, Jubovski, to perform the passionate and fiery music of Eastern European Gypsies. Jub created and sang on the jingle “Bring Chris Evans On” for Chris Evans’ BBC Radio 2 show and recently embarked on a project with the Carnival Band to record the Top 100 Ballads of the 17th Century.