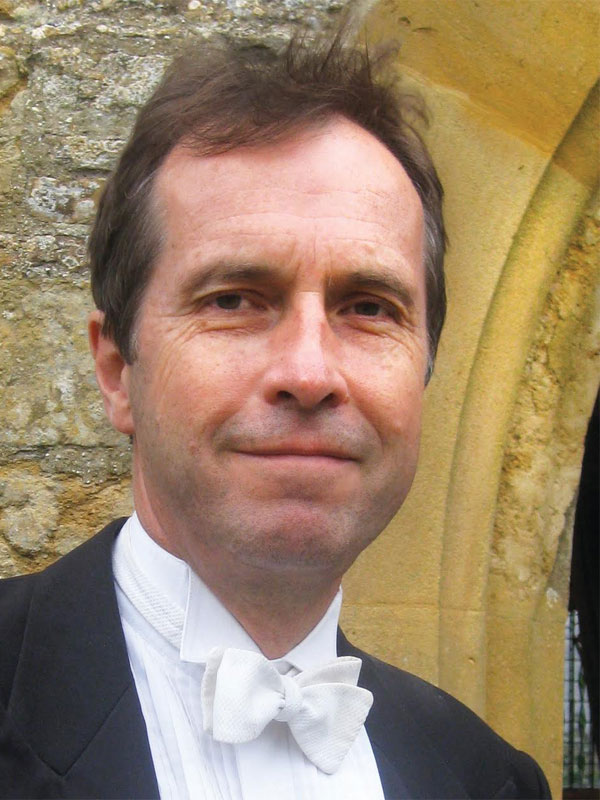 David Juritz is one of the most versatile violinists currently working in the UK, dividing his time between solo performances, directing, chamber music, working as guest leader with many of Britain’s finest orchestra and leading his own group, the London Tango Quintet. David was born in Cape Town, South Africa and after winning a scholarship from the Associated Board of the Royal Schools of Music, came to London to study at the Royal College of Music with Hugh Bean and Jaroslav Vanecek. During his time at the RCM he won all the major prizes for violin including the college’s highest award, the Tagore Gold Medal.

On leaving the RCM, David joined the English Chamber Orchestra. From 1991 to 2010 he was the leader of the London Mozart Players – the longest serving leader in that orchestra’s history. He made many appearances as soloist and director with the LMP, including his debut at the 2006 BBC Promenade Concerts.

David has directed the Royal Philharmonic, Zurich Chamber Orchestra and Mozart Festival Orchestra as well as many other ensembles. From 2010 to 2012 he directed the Johann Strauss Orchestra on nationwide tours to widespread acclaim.

In 2010 David was invited to become one of the inaugural members of the Quartet of Peace, playing on instruments dedicated to South Africa’s four Nobel Peace Prize winners in a series of concerts in Cape Town, Leipzig, Liverpool, London and Paris. Other recent performances have included appearances as soloist and director at the Tonhalle in Zurich; performances of the Beethoven and Brahms violin concertos with the Shin Nippon Symphony Orchestra in Tokyo; the Tchaikovsky concerto with the London Concert Orchestra at the Barbican; the world premiere of “Tales from South America”, a new tango concerto written for him by Cecilia McDowall; and concerts directing the Szczecin Philharmonic in Poland.

David’s recording of the Vivaldi Four Seasons, re-released by Nimbus Alliance in 2012, has been widely hailed by critics as one of the finest interpretations of that much-recorded work. Hiss recording of Bach’s Sonatas and Partitas for Violin Solo, released on the same label in May 2011, was also warmly received by the music press.

In 2005, David took on the role of director of the Burton Bradstock Festival in Dorset. In 2007 he took a five-month sabbatical to busk around the world. On the 60,000 mile journey through 50 cities in 24 countries on six continents, he paid for the entire journey with his busking earnings by playing Bach on the streets. He used the trip to launch Musequality, a charity supporting music education projects for disadvantaged children in developing countries. He remains deeply committed to encouraging young musicians in the developing world. In 2011 David travelled to Kurdistan to spend two weeks coaching young musicians of the National Youth Orchestra of Iraq.